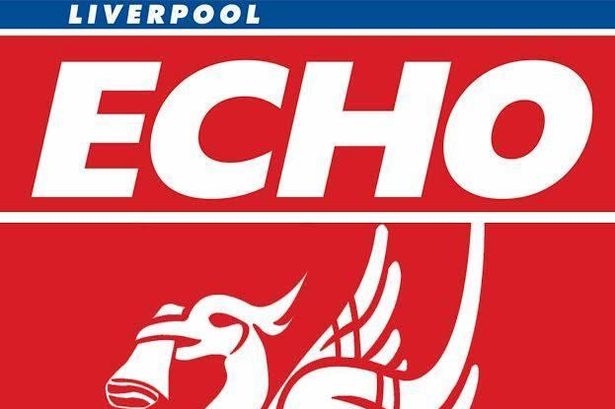 Here’s a recent piece that was published in the Liverpool Echo and details a bit of background on how things started for me..

Everton’s win at Anfield in February sparked the idea of what has become a successful business for Mike Lynch, the man behind NYCHYL.com

Everton’s derby win at Anfield in February turned out to be more than just a curse-breaking victory for one supporter.

The Blues finally broke their awful streak at their former home by beating Liverpool 2-0, unfortunately in front of no supporters on a crisp evening.

While Evertonians were forced to celebrate from home as the country was in the midst of a lockdown, Mike Lynch sparked an idea that would change the course of his 2021.

It was all born out of an idea depicting Neville Southall during the club’s European Cup Winners’ Cup triumph in 1985.

He told the ECHO : “I’ve had that idea for years, I was probably in a boozer talking to a red and they’ve said, ‘Oh even when you won that, he’s worn red’. I’ve just come back with, ‘Well he’s probably the best player you’ve seen in a red shirt though!’.

“It’s been in the back of my mind without any intention of doing anything, but as soon as lockdown come about most of my freelance work for Manchester Airport and a few of the airlines was gone, pulled the rug overnight.

“I got one made, it came in the post but it didn’t fit me. I passed it on to a mate of mine the day before the derby in February. He’s worn it on derby day, and if we hadn’t have won no-one would have looked twice!”

However, people did take notice.

Little did he know at the time, but Mike Lynch had just taken the first small step on something which would eventually save his work life over the course of the coming months.

After a few celebratory drinks to commemorate Everton’s Merseyside derby win, he got down to business in setting up NYCHYL.com – which would become the home of a burgeoning business.

“A few people asked my mate where he got the shirt. Later that night, I’d had a few cans, he rings me up and says he’s had about nine or ten people ask [about buying a t-shirt],” Lynch added.

“I’m a website designer anyway, so I said I’d set one up and do it. It took a couple of hours and sent him the link, next morning I woke up and six or seven sales had come through!

“It got passed around Facebook and then onto Twitter, sales started coming through! I set up social media accounts and it’s just snowballed from there really.

“If that first t-shirt had have fit me, I’d never have put it on social media. The fact that I’ve passed it to someone who spends half his life on there, it’s little things like that which have helped it gather momentum.

“It’s been a life-saver in terms of work, because I did go to nothing overnight. I thought work at the airport was steady, it’s going nowhere – then a pandemic hits.”

After the success of that first shirt, Lynch quickly moved onto more ideas.

Having been a freelance designer, those were easy to come by – and now there are 17 unique designs that adorn the website currently.

And, a few legendary famous Everton faces from the past have already got involved with the clothing line and have had a lot of kind words to say.

“That shirt starting doing the rounds for a few weeks and picking up momentum, but I’m not short of ideas,” he added.

“I started throwing another couple of ideas out, with the next big one being the Bramley-Moore one with the steel workers.

“At the time Bramley-Moore hadn’t been approved, but I started playing around with it and Everton caught us all out by announcing it quickly!

“That one went down a storm. I thought I was onto something, I had nothing to lose and gave it a go. Every design seems to catch the attention now. I haven’t been slagged off for one yet!

“It’s brilliant. Kevin Ratcliffe started following me, I sent him a message saying I’d send a shirt out to him.

“Derek Mountfield as well has done one earlier in the year as well. I ended up doing one just for the ’85 team, and the traction you get once players like that put them on makes a huge difference.

“Seeing Ratcliffe in it was great, it was pure guesswork putting a drink in his hand and he tweeted back saying I’d got it spot on!”

From those humble beginnings back in February, the business has now grown to the extent that Lynch is out on deliveries almost daily.

In fact, speaking to the ECHO in a brief break from one such journey, he admits that the only regret he has so far in the domain name he chose.

“Initially I think people are sceptical because it’s new, but I made sure I got good quality t-shirts as well. I wanted to make this last.

“I’m learning on the go, at first I was just putting them in plastic bags and selling them myself, but I put them in a presentation box now and make them look a bit more premium.

“I didn’t expect to start a business doing it. Basically, it’s (the domain name) an anagram of ‘Lynchy’, I’ve had this domain for ages!

“It was going spare and I thought I’d just throw it on there. If I’d bought a different one it would have took another 24 hours, by the time I’d sobered up I probably wouldn’t have bothered!

“The only regret is the domain name. If I’d known it’d be a business I’d have gone for something else. When you try and tell people about it, it doesn’t roll off the tongue!”

So, where can this go in the future?

“The big thing is whether to do something outside the ground, or try and get somewhere to sell them.

“Mainly I want to keep it online to keep things simple, but I think I’m probably missing out. It’s time to go the ground and have a look out for maybe somewhere to rent a bit of room on matchdays.

“In terms of growing into other products, I’m going to do a few more kids items because people have been asking for those.

“What I’d love, I did a mock-up of the Bramley-Moore one on a billboard outside the site. I was trying to get Everton’s attention, there’s nothing I’d love more than to see that!

“That’d be a dream, drive past and see a massive billboard with that. But I’m taking things steady and growing month-on-month.”

If Everton hadn’t have finally broken their Anfield duck in February of this year, then maybe this story wouldn’t be told.

Instead, one Blues supporter has already captured the hearts of many others with his designs – and is aiming for much more in the future.

All designs are copyright and intellectual property of NYCHYL and may not be used or reproduced in any format without prior permission.